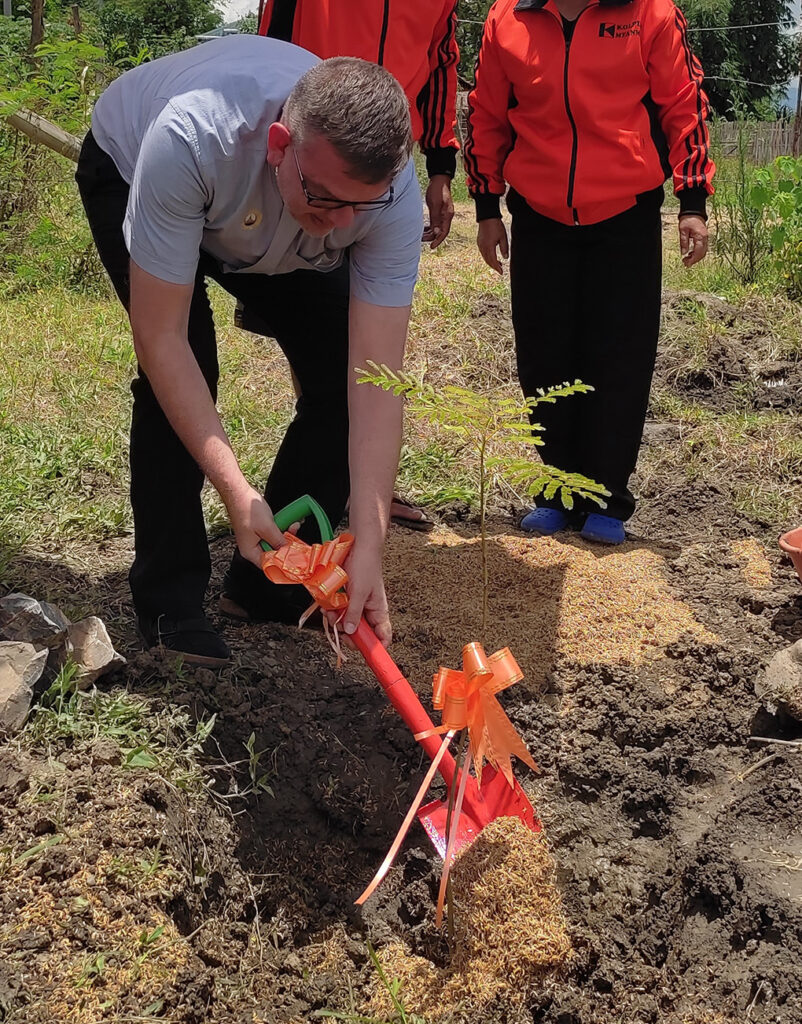 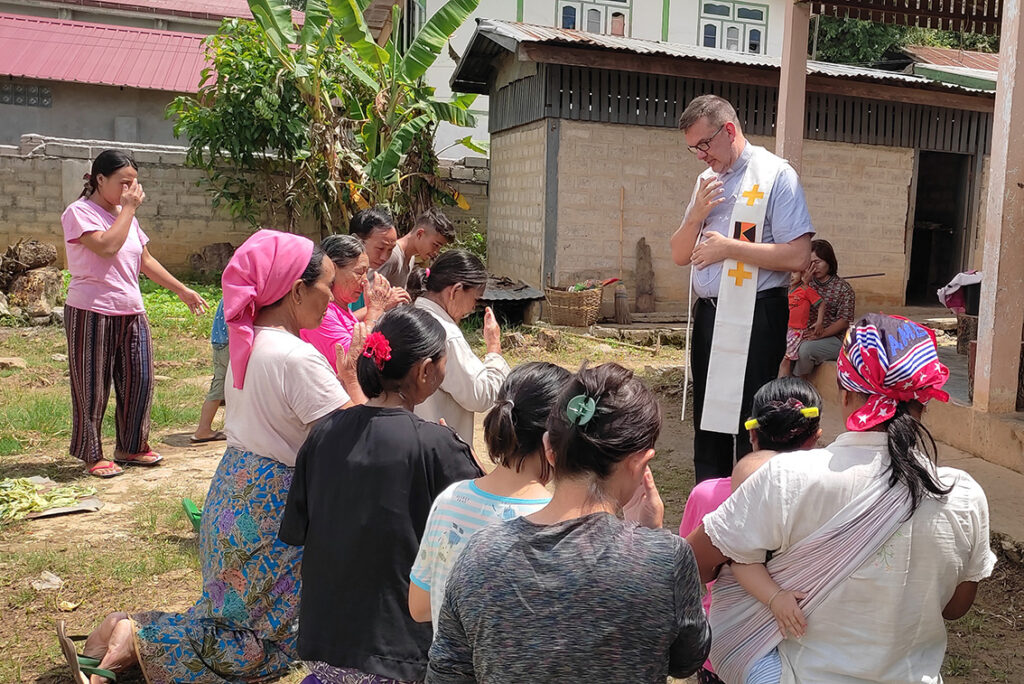 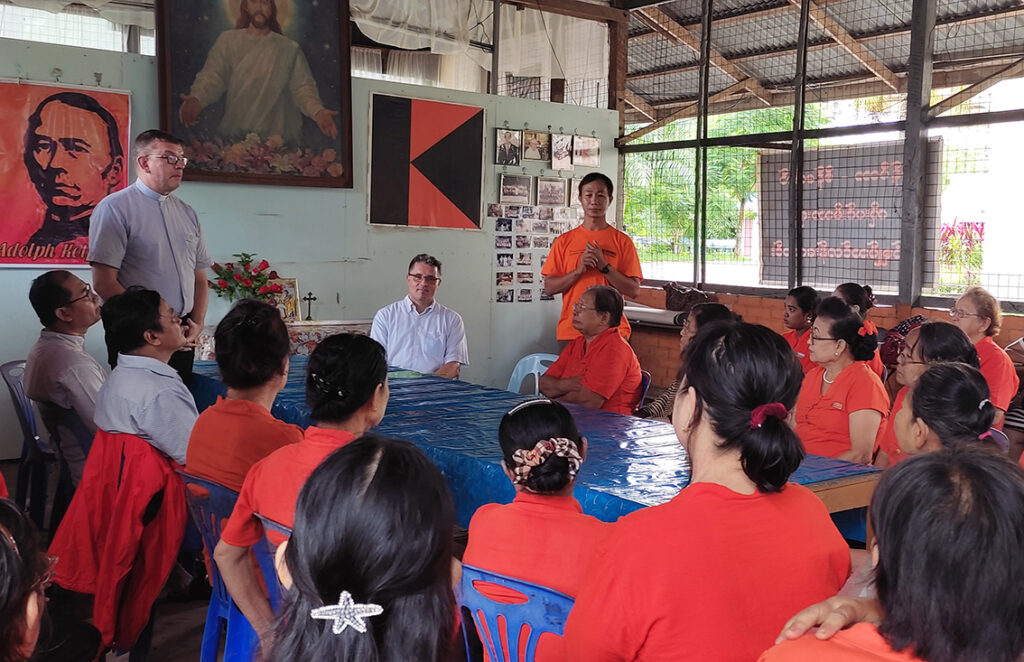 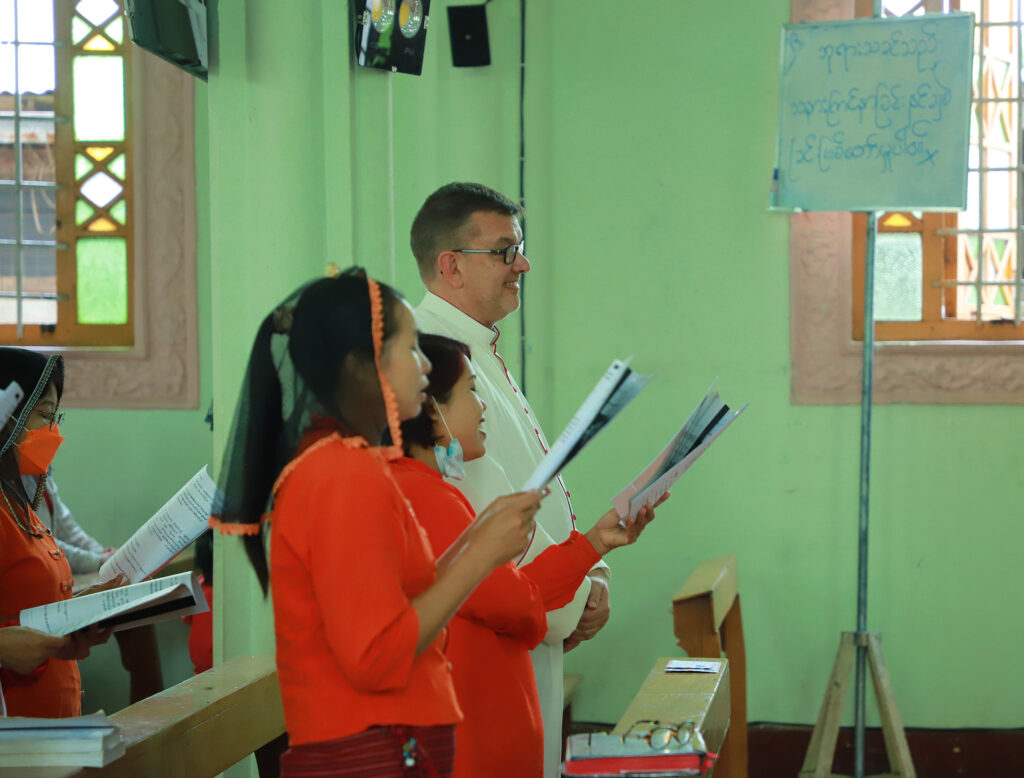 The first ever visit of a KOLPING General Praeses to Myanmar has taken place recently. The Southeast Asian country has had a very dedicated association for 16 years, which implements the ideas of Adolph Kolping with a lot of courage and achieves great things even in times of crisis. It was unclear for a long time whether the visit of General Praeses Msgr Christoph Huber and Desk Officer Martin J. Rüber could take place at all. The more warmly both were received in Myanmar at the end of July. “You could feel very clearly that the people there have not had any visitors from outside for a long time. The whole country is basically closed. The joy that someone was coming who would be interested and who would listen, could be felt everywhere,” says General Praeses Huber.

The visit programme ranged from conversations with the leadership of the association, praeses and bishops, church services and project visits to close encounters with KOLPING members. KOLPING Myanmar currently has almost 1,000 members, organised in 60 KOLPING Families. Many of them are poor farmers whom the association helps to improve their yields through agricultural support in the field of cultivation and livestock farming. Small credits are also available to the members, for example to buy their first pigs for breeding or seeds.

The COVID-19 pandemic had already plunged the country’s food supply into crisis. KOLPING Myanmar took immediate action and set up a dedicated COVID-19 programme, which included health education and emergency food packages, as well as the distribution of seeds for food security. The escalating violence since the military coup in 2021 and now also the price increases due to the Ukraine war have made the situation even worse. Therefore, KOLPING Myanmar is now planning to establish a training farm where farming families can learn improved cultivation methods. General Praeses Huber visited and blessed a suitable property during his visit in July. Meetings with trainees also took place. “Schools and universities have been closed since COVID-19 and the coup. This is why KOLPING Myanmar offers short-term training, for example for nurses,” says Huber. These are now urgently needed. The civil war-like conflicts in the country have forced many people to flee. They are seeking shelter in temporary camps, but diseases are often rampant there. KOLPING Myanmar too is concerned about people in need, especially pregnant women and mothers with small children. “The fates that the women told me during our encounters were very moving. Some of them were in tears when they told me what they had gone through. And it seemed to do the women good that someone was listening,” Huber reports. Eventually, the “high visit” from Germany was above all one thing: a sign of solidarity with our Kolping brothers and sisters in Myanmar, which brought strength and hope to a country that is still facing great challenges.