We hope that next year we will be able to celebrate the World Day of Prayer at our pilgrimage in Rome with many Kolping sisters and brothers! Due to the pandemic we had to postpone the pilgrimage by one year.

Those who wish to experience the international mass online, should note down this event on 31 October 2021 in their calendar. At the end of the International Board of Directors’ meeting on that day, we will assemble in the Minorite Church from 2 p.m. to celebrate with the newly elected General Praeses the 30th anniversary of Adolph Kolping’s beatification. The mass will be broadcast via Internet and television all over the world.

Collection of texts as pdf file 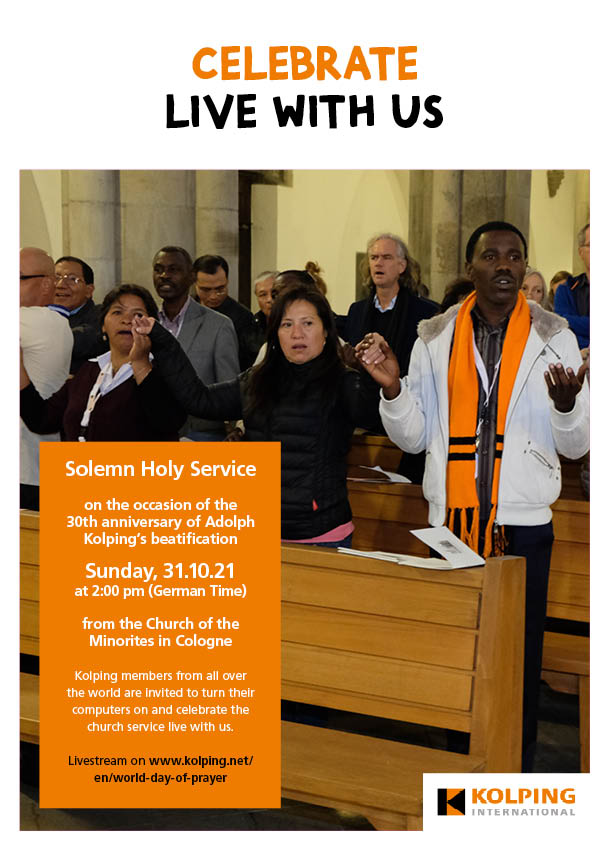