India experienced a 125-day lockdown which was lifted in July only. The situation in the world’s second-most populous country was partly chaotic, especially because the government announced a strict national lockdown without giving advance notice. KOLPING India and many voluntary helpers were trying hard to alleviate people’s misery: destitute members received packages with food for an entire week. In the end, 3,450 members benefited from this help.

More than 600 health workers who cared for infected patients were provided with gloves, face masks and disinfectant spray. Among the helpers there were also numerous Kolping volunteers. In addition, KOLPING India distributed 1,600 face masks among the population. Many day laborers and poor families did not starve thanks to the soup kitchens started by KOLPING India.

“I work as a housemaid but my boss was afraid of an infection“, reports Selin Pappachan from Chandiroor. From one moment to the next she no longer earned any money. This was particularly hard for her family because the 53-year-old woman has to feed her children and her husband who is ill. “We had nothing to eat anymore and were afraid of starving. I will never forget the help we received from KOLPING and I will always pray for you”, she said gratefully.

Puthu Dev from Assam, a 41-year-old street vendor, makes a living by going from door to door, selling clothes. All of a sudden, he no longer had any income, no more money and he was desperate. “The shutdown destroyed all of my dreams and plans. Receiving a meal from Kolping showed me, however, that there are still people doing good.”

The situation in India continues to remain tense. The coronavirus is spreading and the national office of KOLPING India in Chennai is still located in the high-risk “red zone”. 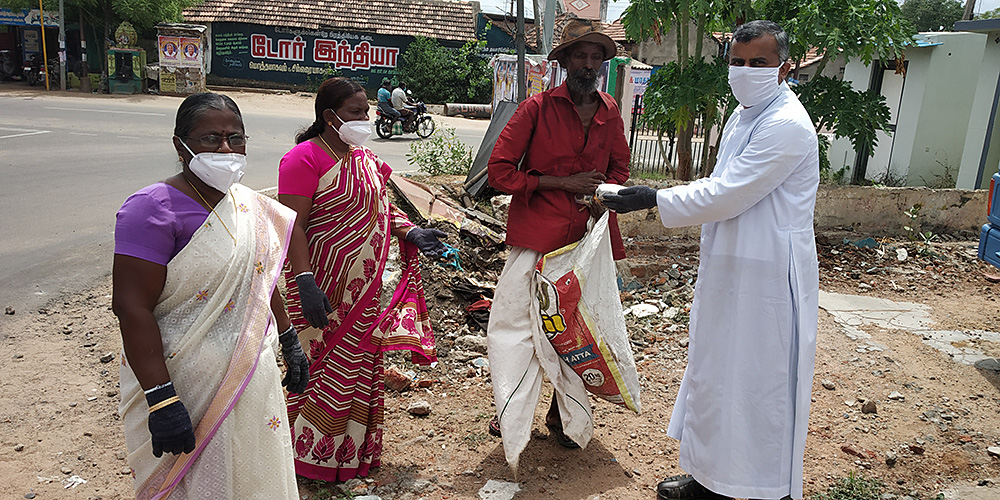 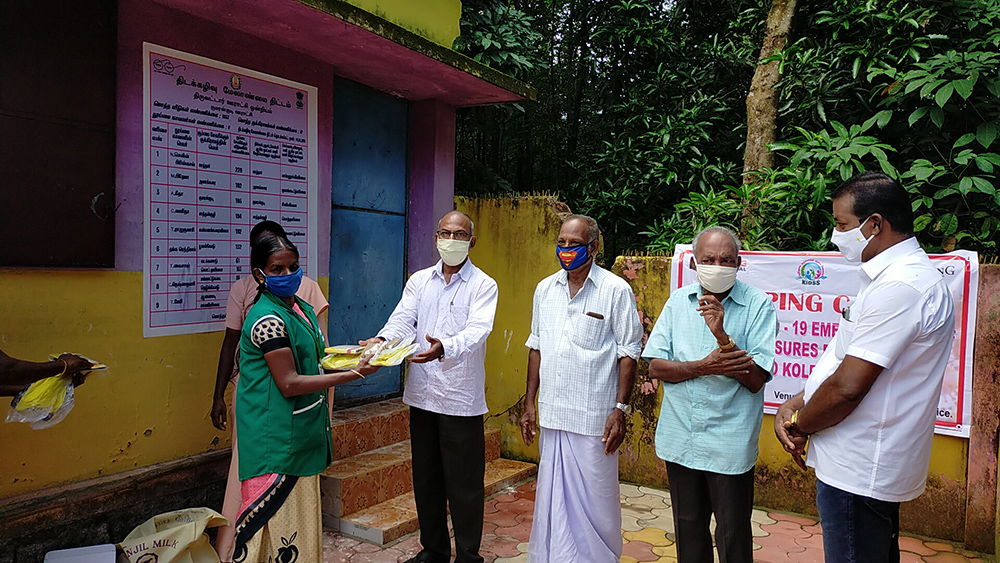 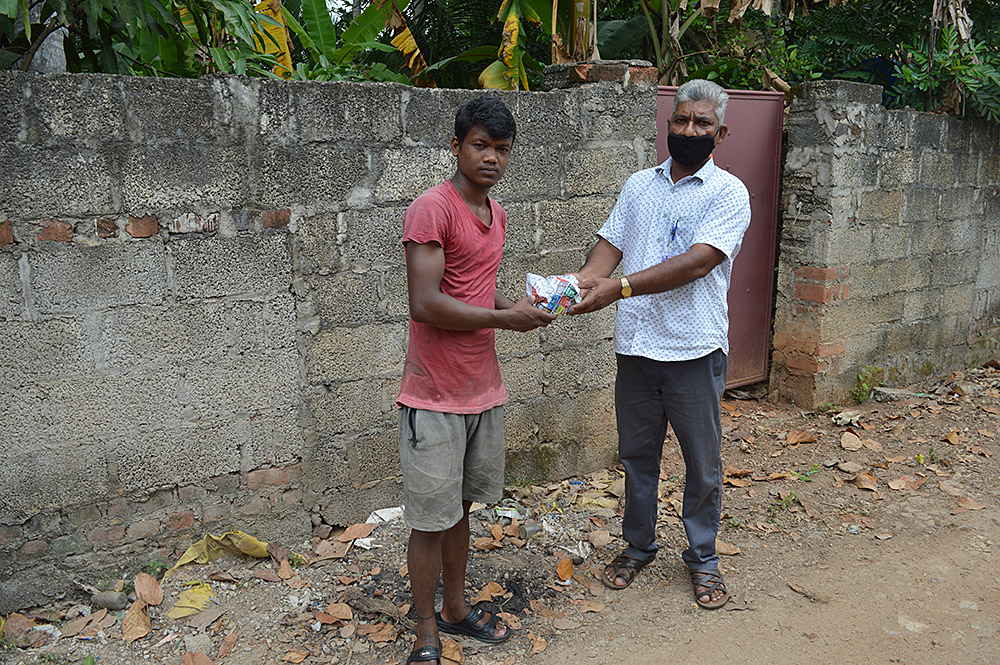 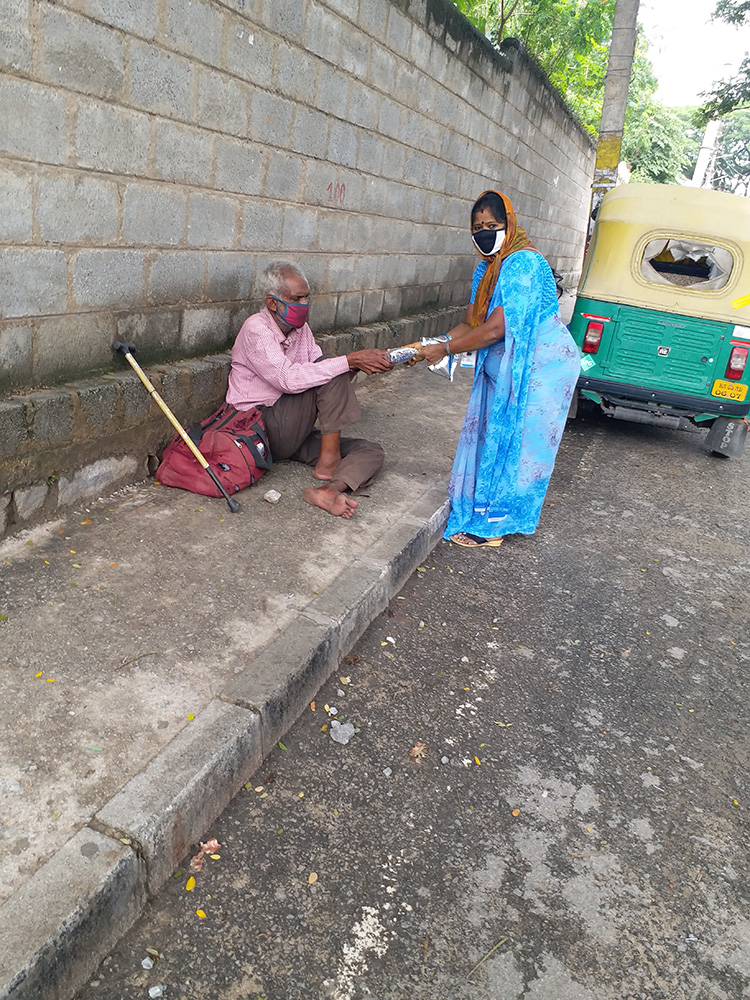