Three month ago, Russia started the war in Ukraine. Since then more than 14 million people have fled. 6.5 million refugees have fled across borders since the conflict started and 8 million people have been displaced from their hometowns inside Ukraine. Nastja (24 years old) is one of them. In March, she fled together with her grandmother and mother from Zaporizhia in the eastern Ukraine to Slovakia. She has been living here for two month.

Nastja describes the first weeks after the war began:

“A week before the war started my brother and sister, who live in South Asia, warned us about the attack by the Russian army and advised us to leave Ukraine. However, we did not leave, because we could not imagine that Putin would really attack Ukraine, even though Russia occupied Crimea and the Donbass in 2014. Putin messing with the rest of the world was completely unreal and illogical. But, that is how wars are”, Nastja reports.

“The bombing started early in the morning on February 24.  My mom and I got the most necessary things and first went to the neighboring village to my grandmother. We thought we would be safe there and everything would be over quickly. My siblings and I followed the news around the clock and still could not believe what was going on. It still felt unreal.

We have spent eight days in my grandmother´s house but the Russian army was getting closer. Therefore, we decided to move to the house of my grandmother’s best friend. There we stayed for another 6 days and took shelter from the attacks in the basement.
My mother´s birthday we spent underground, where she blew out her candle and made a wish. My mother is a teacher of Russian and Ukrainian. Even on the run, she gave online classes to children to distract them. She taught during the bombing and while we heard the massive noise of the guns.

Fleeing to Slovakia – help through KOLPING

Our friend Alexandra in Slovakia advised us to flee and told us that she would support us and give us all the information we needed to enter Slovakia. As the situation was getting worse and when the Russian army was destroying our village on their way to Zaporizhia, we decided to leave our country. Her promise to support us finally gave us the courage and strength to leave our homeland.
My grandmother´s house does not longer exist. With the help of Ukrainian soldiers, we reached a train at the last minute.

The journey lasted one day and one night. Most of the time we were traveling without lights so that the train could not be attacked. When we crossed the border, our friends were already waiting for us. Since our arrival, we have been staying at the Kolping House where we were lovingly welcomed.

We are so grateful for the help of Kolping and for all who helped us. The people in Slovakia are so friendly, we still can not believe it. We feel safe and welcome and we get so much support, shelter, gifts and care. Thank you so much for everything you are doing for the Ukrainian people and us. Together we will get through this time.” 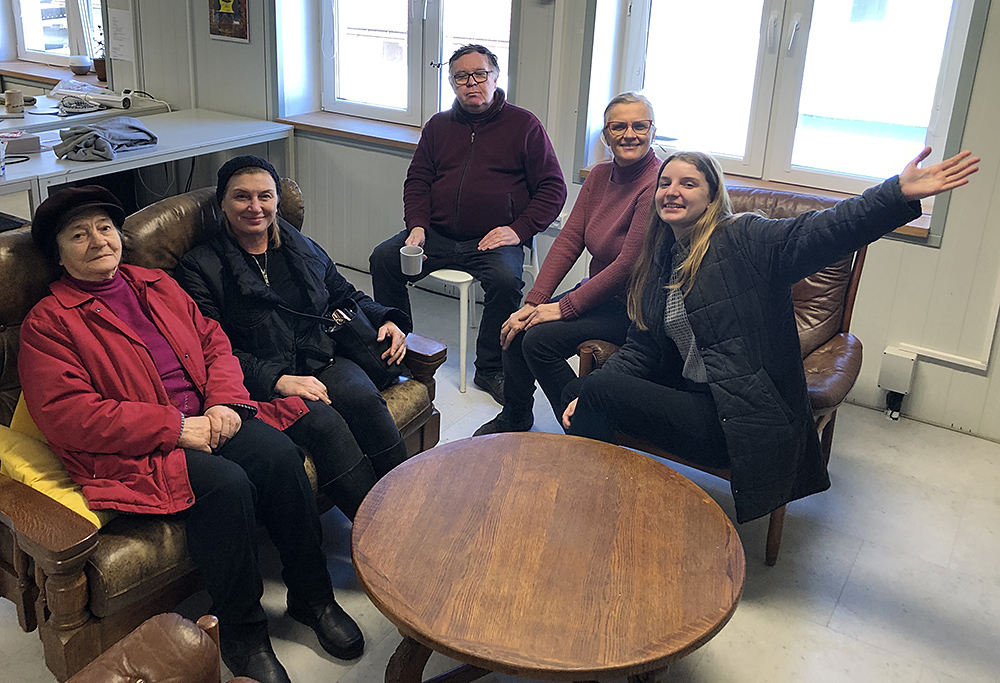 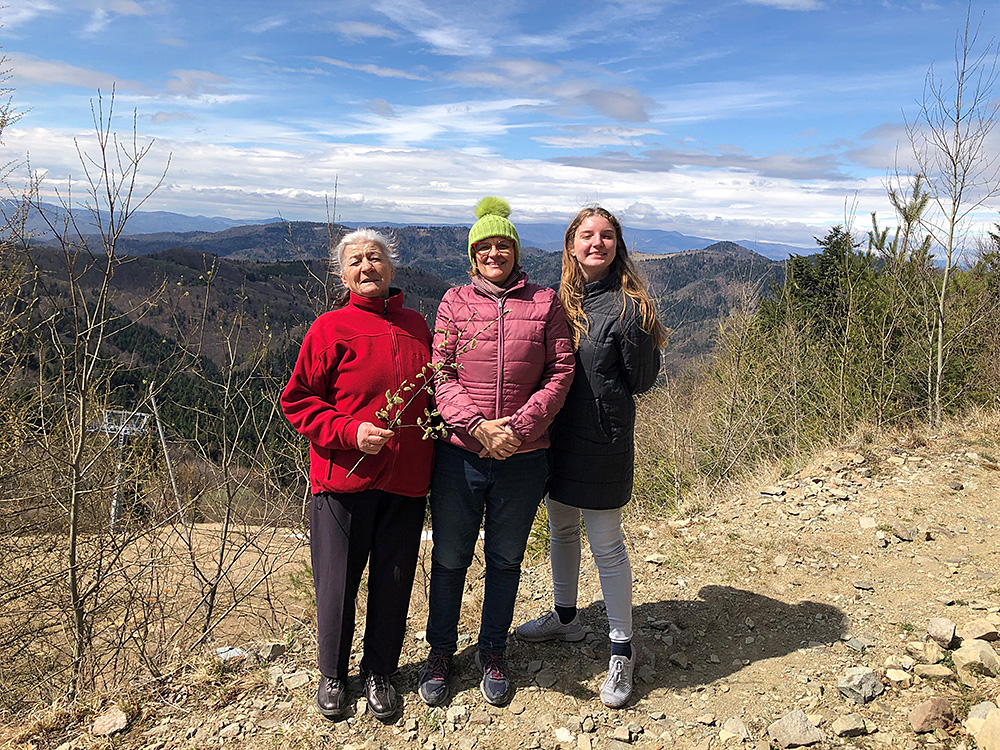 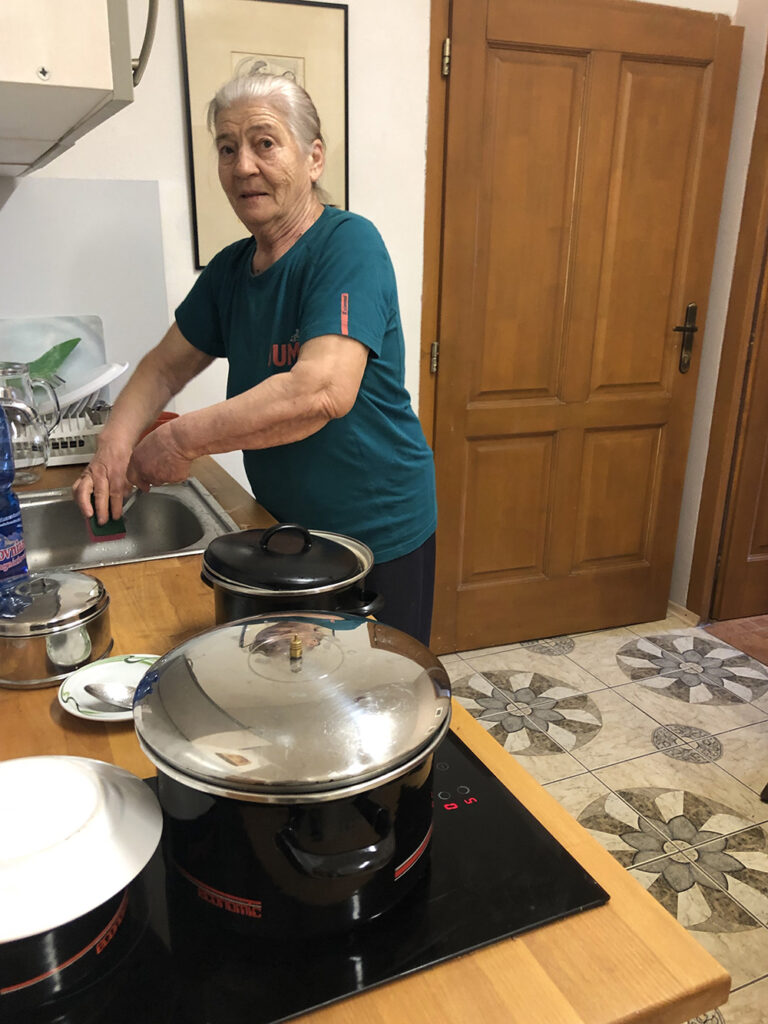 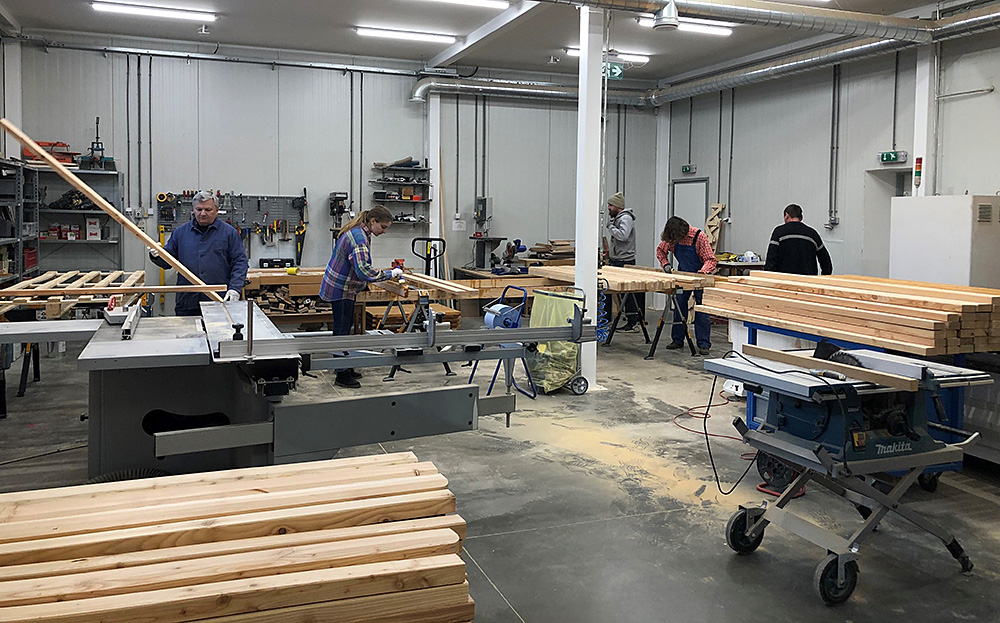 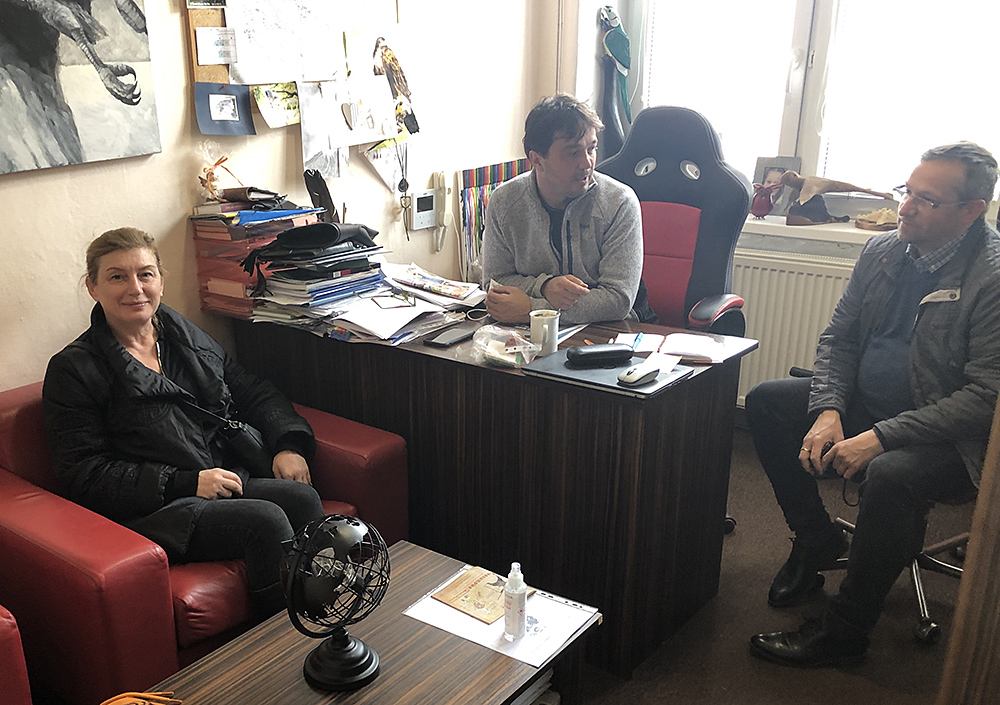 KOLPING helps the family to integrate in Štiavnické Bane. The mother is looking for an employment as a teacher. In the meantime, she teaches her former students online and offers her lessons to other Ukrainian children. Nastja is a Marketing specialist and is also looking for a job. Sometimes she assists in the KOLPING carpenter´s workshop. The Kolping employees take care of the refugee families; they organize excursions or common meetings in the Kolping House.

Video: Singing together in the Kolping House

Big picture above: Nastja (on the right) together with her mother and grandmother. In the background Margita Markóva, managing director of KOLPING Slovakia and Pavol Zatko, national president. Kolping supports Nastja and her mother finding an employment.

This is how KOLPING has been helping since day one